Extraordinary lives: portraits from a divided land. Photographs by Sophia Klaaste was held at the District Six Museum, Cape Town, March 19 – May 10, 2013 and was associated with the conference Land divided: land and South African society in 2013, in comparative perspective, University of Cape Town, South Africa, 24–27 March 2013.
Klaase’s exhibition comprised 200 photographs from her collection. They were taken with simple disposable cameras, instamatics and latterly, digital cameras. One hundred and twenty of these images formed a frieze of ‘snap-shot’ sized prints – the same format in which they were originally intended to be viewed by Klaase and her subjects. These were arranged in a temporal sequence that allowed the viewer to follow the lives of Klaase’s sister, mother, friends, neighbours and herself over a 14 year period since 1999. Forty colour photographs were enlarged to A3 and hung in thematic groups. Her black and white images contrasted with those of her foster mother’s family album made in Paulshoek during the late 1930s, a comparison that revealed striking similarities in the social and cultural milieu of village life over the last 80 years as well as a comment on the global influences of media and youth culture that have penetrated this remote communal settlement.

The exhibition was opened by Timm Hoffman (UCT) and Virginia McKenny. 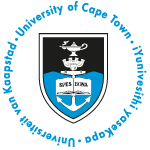 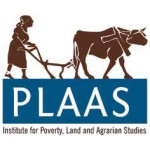